Chobots.net was a private server which was not officially licensed by Vayersoft LLC. It was initially going to be under an agreement, however this was breached and the game continued to operate. Chobots.net Began it's Public Beta in October 2011 and officially released in January 2012, Chobots.net was met with very positive reception and consisted of some Chobots.com Staff Members. The game lived until April 2014. 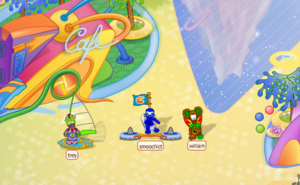 a [Blog post] was made on October 6, 2011 by the Chobots.net Staff with the official announcement of the Chobots world's grand re-opening. 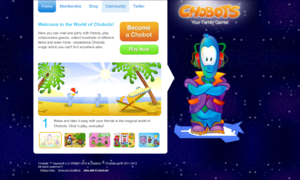 Public Beta began on October 9, 2011 and continued until January 2012 when it Officially released.

The Chobots.net Team added a plethora of new Features, Items, Rooms, and other general improvements to the game, as well as patched many of the "Hacks/Cheats" which were created as a result of the Chobots.com Source being leaked causing it's closure in 2011 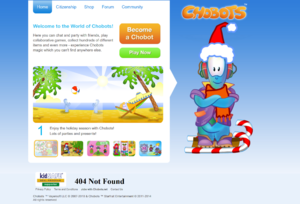 Chobots.net closed it's doors in April 2014 following a [Facebook Post] "Beloved users of Chobots.net, It is with deep regret I have to inform you that our game has come to an end. It has been a great journey and Chobots has been a great part of our lives. We have shared memories and made new friends. Friendships made on Chobots can never be replaced. With much sadness, today is the day we must say goodbye. The Chobots.net team would like to thank everyone for their dedication to the game. There is a website named Chobotical claiming relationship to Chobots.net — this is not true. We wish everyone the best of luck in their futures."

Despite the claims of not having relation to Chobotical, it did contain some Chobots.net Team Members after a falling out between the .net staff.