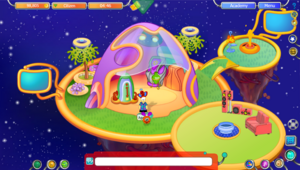 Homes were available to every chobot upon registration, it can be accessed via the Map on the right hand side or in the bottom left of the users interface (unless the user is already inside their home)

Furniture was available from the beginning with more items being added as time went on, users could purchase furniture and place it throughout their home. Some Furniture items were interactable such as the Arcade Machines, which allowed you to purchase and play games found at the Arcade off of the Cafe St 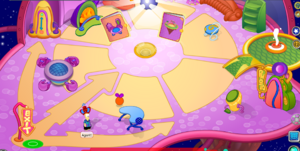 Custom House Upgrades were released alongside Citizenship on January 21, 2009 [1] which featured a larger First Floor & Second Floor. The Second Floor addition could still be purchased without requiring the First Floor.

Included were extra islands which provided extra space for your Furniture, Arcade Machines, as well as an addon for your own Colour Shower.

User's could not choose between homes, so once you upgraded to the larger first floor or purchased an addition you were unable to change it. Vayersoft never introduced new home upgrades after this initial addition.