Minigames were the various games that Chobots players could play in-game to earn bugs or items. This article lists the minigames and related features that appeared in Chobots. 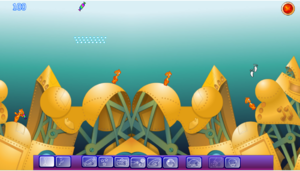 Robots is a feature that was originally added to Chobots.com in 2009. It was a 2-player battle game in which opponents could choose to attack one of three selection points on their enemy.

Robots can be purchased at the Robots Arena using bugs, the in-game currency. Users can then equip their robots with different weapons and purchase different items depending on their robot's level.

Levelling up requires experience, which can be obtained through fighting other Chobots. 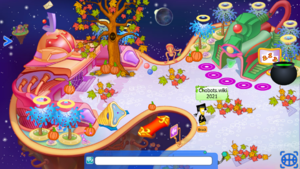 Space Port Street, cinema on the left - Space Racing on the right.

Chess is a board game for two chobots. It is played on a square board, the goal of the game is for each player to try and checkmate the king of the opponent. Checkmate is a threat ('check') to the opposing king which no move can stop.

Checkers is played by two chobots who oppose each other across a board of light and dark squares, the same as a chessboard. The first to wipe out the other opponents pieces wins.

ChoThrow is another Food fighting game, where the objective is to hit your opponent until their health bar is depleted. Available to you is lettuce, tomatoes, and pillows. 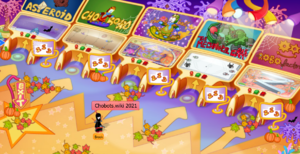 The Gamezone contains 5 Mini-Games for Chobots to interact with 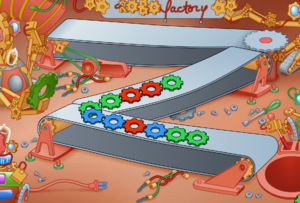 Get maximum points by putting together three identical cogwheels. Use your mouse for control. Press the left mouse button to throw a cogwheel.

The Gamezone is accessible via Café Street 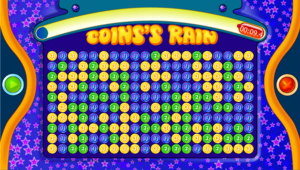 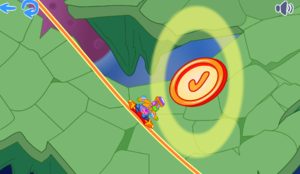 Description "Draw a line, and watch as chopix rides a board on the line you drew to grab all the stars. Reach the flag to progress."

The main objective of Chopix Adventure is to collect Coins & reach the flag at the end of the level, a total of 10 levels can be completed. It's very similar to many other line rider games.

Description " You have a chance to prove that Chobots drive faster than Nichos! Do they? Become the best Chobots Racer! Use the left and right arrow keys to steer, the up and down to control your speed and the spacebar to jump."

Chobots Racer is a highway racing game which most likely takes inspiration from other flash minigames on sites such as Y8 Games, the main objective is to make it to the finish line without crashing into Nichos. Numerous "power-ups" are available such as a Shield which propels you up into the air for a short amount of time, a Siren which clears the lane, and a time booster.