Chobotical.com was a private server which was announced in April 2014, launched in August 2014 and closed it's doors in December of 2014.

As described by the team themselves on the [blog's FAQ (Web Archive)] "Chobotical is the virtual world recreation of Chobots – an entertaining virtual world where you can play collaborative games, join action-packed missions and quests, study the Earth and learn at the Academy, join awesome parties, experience magic, meet new friends and chat with old ones, and so much more!" 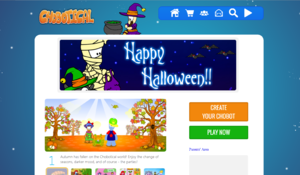 It was one of the most highly anticipated Private Servers, ran by some of the previous Staff members of Chobots.net and announced immediately after the closure of Chobots.net in April 2014

Chobotical Launched in the Summer of 2014 and received positive user feedback, it brought many new features to the game and had a relatively active community compared to other Private Servers at the time. 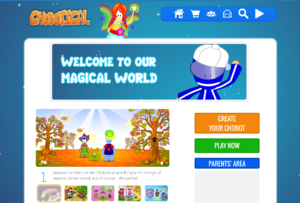 Quoted directly from Choboticals [Facebook Page] "It is with great sadness to announce that the gates to the Chobotical World have been shut. Due to internal and financial issues, we must suspend further development of the Chobotical game. Furthermore, the game has been put offline, as well as the website." Chobotical closed it's doors in December 2014